Life: An Owner's Manual: To an ignorant me 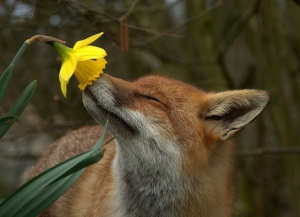 The purpose of life is to thrive. To thrive means to do better than merely survive. All life everywhere is seeking to thrive, not merely humans who agree that this is the purpose of life. Those who believe that the purpose of life is to gain admission into heaven, do so because they conceive of heaven as a place where people thrive. Two concepts related to thrive are flourish and prosper. Flourishing implies physical vitality and growth; a flourishing plant is a thriving plant. Prosperity implies material wealth, and would be used to describe a person, but not a plant. The opposite of thrive is languish. Death is not a deadline.

We are the only Earthly species capable of philosophy. We thrive by virtue of productive work, and produce by means of our conceptual minds. We languish without knowledge, but we are born ignorant, and must learn everything that we are to know. The evolutionary purpose of knowledge is action. Evolution's purposes often conflict with our own; it metaphorically wants us to reproduce, so it gives us associated instincts, but many people don't give a whit what evolution wants--yet its mechanisms and machinations remain in our psyche, our constant companions. All of our ancestors reproduced; it's not survival of the fittest, it's reproduction of the thriving. Evolution metaphorically wants us to learn useful things, so it gives us curiosity, which makes learning fun, and we end up learning useless things just for fun. Curiosity is the instinct for learning. Err on the side of curiosity, but temper curiosity with wisdom. Learning is a form of productive work, but not all areas of knowledge are equally important. One important area of knowledge is ethics, the branch of philosophy whose purpose is to put into words the basic principles to consider when answering the question "What should I do?" This question is as permanent as your life, as inevitable as the passage of time.

The meaning of life is your future and your memories. If you do it, you will have done it. Know that you are good and be an example of yourself. It is no virtue to be consistent with one's past mistakes. A corrected mistake ceases to exist; an evaded mistake lives forever. Form happy memories; they are a tonic against despair, and nourish a benevolent sense of life. Hell--and heaven--and purgatory--is living with yourself. If you make it so that people should hate you, it's small consolation that they don't know it--you know it, and it's hell living with that knowledge. Reality is an omnipresent context. Identity is unaffected by identification. Don't get away with anything; if you feel like you're getting away with something, you know you're doing the wrong thing, and it will be a memory forever. Eschew vices: the difference between zero and one is that of principle; the difference between one and two is arbitrary. Treat necessary physical activity as an opportunity to exercise. Be fit enough for good sex.

Half of life is work. You have to be good at something. If it's difficult, it's practice. Creative work is an affirmation of life. The purpose of college is career. Effort is worthwhile.

Human interactions should be consensual. The justification for taxation is that a government cannot fund itself, and the alternative to a force monopoly is anarchy, which cannot protect individual rights. In order to pay for the instruments of government, such as the police, the courts, and the military, the government has the moral right to tax. This principle gives the government only a limited right to tax, not an unlimited one--or more precisely, a limited right to spend, since all government spending is taxation. The best form of government is a constitutional republic constituted to protect the principle of individual rights. It is a system of separation of state and non-state, where non-state is understood to mean: church, business, charity, education, retirement planning, health insurance, and everything else that is not government. A Constitutional amendment is a message from the people to the Supreme Court. When people are free to keep their earnings, then they are productive, as nature requires them to be; and the economy (production and trade) flourishes, becoming known as laissez-faire capitalism: the economic system of prosperity is the political system of individual rights, founded on the moral principle of consensual human interactions, which must be enforced if humanity is to thrive. 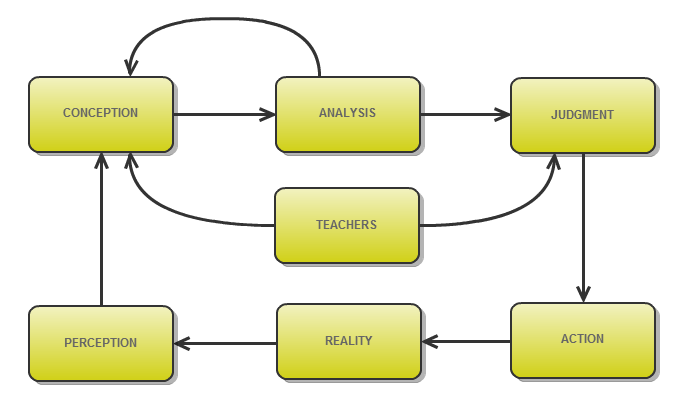 Philosophy is a vehicle: in order to have traction it must have contact with the ground, else it's just spinning its wheels.

A leading theory is that the universe started with the Big Bang and is heading toward a final state of "heat death" wherein all the stars have burned out and there is nothing left but black holes, background radiation, and cold matter. However, we must distinguish between the observable universe and the entire universe. We cannot observe further back in time than the Big Bang, so some say that there was no time before the Big Bang. However, we know philosophically that this is absurd, because if there is no such thing as time, there is no such thing as change; and if there is no such thing as change, the Big Bang is not possible, since it is a type of change. There cannot possibly be a time when time did not exist; the universe as a whole must have always existed. Based on that we know philosophically that the universe as a whole cannot be heading toward a final state, since it has existed infinitely long and in all that time no final state has been reached (if a final state existed, we would have reached it by now). We are taught that entropy only increases, but it decreases in black holes (they accumulate energy, which is another way of saying the same thing). That means that there is a force in the universe that has the power to reduce entropy: gravity. However, we know that there isn't enough gravity in the observable universe to "crunch" everything we see back together.

Suppose that our big bang was not a unique phenomenon, but that there are big bangs happening frequently throughout the universe. It is plausible that they are created by the following simple physical mechanism which doesn't violate conservation of energy: The matter and energy involved in our big bang will eventually mix with the matter and energy of other big bangs and coalesce into gigantic energy accumulators ("black holes") which then coalesce into bigger ones and so on. This process cannot continue forever, since then the result would still be a final state of heat death. Therefore it's reasonable to suppose that such an accumulator eventually reaches a critical mass and undergoes a reaction such as the one known to us as the Big Bang.

This is a picture of an eternal universe whose parts are forever bouncing back and forth between different states of energy--gravity accumulates energy and then bang! From far enough away, it might resemble raindrop ripples in a pond.

An organism or a species could in principle live forever by periodically traveling from a low-energy part of the universe to a high-energy part.

Note that while we cannot currently prove this theory, it is not philosophically unprovable like "there is no God"--it is in principle provable, just not by us presently.